"Observing that puzzle seen in each of us, to facilitating an individual's neutral balance, is the beauty of this work." -Anonymous 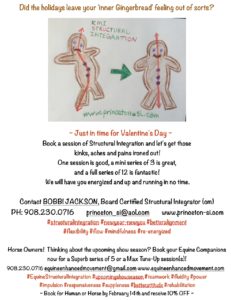 And further thoughts on ‘Fuzz’ by the venerable explainer of all things ‘Fuzz’, Gil Hedley!

Reconsidering The Fuzz by Dr. Gil Hedley (from the 2012 Fascial Research Congress)

It’s time to share the quintessential explanation of Fascia as explained by none other than the master of explanations himself – Gil Hedley!

The Scientific Truth of Structural Integration: A Reproducible Formula

Dr. Rolf was a scientist. Scientists work to find a scientific truth.
Truth in science lies in formulae that are reproducible. The ten series can be seen as a scientific procedure that can be converted into some form of
symbolism, i.e..,(formula), which can then be transmitted to the other side of the world to someone who understands the symbolism and who can then use the symbolism to reproduce the results produced by the original procedure.

I once worked for a sculptor on a large set of bas relief copper doors.
We began by hammering the design into flat sheets of 3/8″ x 4’x8′ copper on beds of sand. Before long the sheets twisted like airplane propellers. We
had managed to make the inside too large for the perimeter. Fred took a
torch and a mallet and began stretching the perimeter by heating and
hammering the center of the long edges.

His procedure would have been for naught had he not known what he was doing. He hammered and heated the long edges in a precise pattern that is as old as materials science. He stretched the perimeter by heating and hammering in the middle of one of the long edges. He then heated and hammered the center of the opposite long edge. Then he used this treatment on the ends. Then he returned to treat the long edges
on either side of the previously treated center and so on, and so on.

If one wishes to bring ordered stress to disordered stress, one must have an orderly plan. As in the copper doors, in human structure the fascia takes
on asymmetrical distribution of stress, which is not anywhere in particular
but rather global. Hence the term “holistic approach” came into vogue.

The Structural Integration series is a formula for equalizing stress by loosening fascia in a similar way. As in the example above, the sessions are temporal as well as topological. They are designed to release fascia in such a way that the outside fits the inside, the top fits the bottom, the right side
balances the left side etc.. One of the original names for the work was,
“progressive release”.

Yours truly (on right) and a colleague from Australia at the recent 4th International Fascial Research Congress held in Reston, VA  Sept. 17th-20th, 2015

A reprint out of the University of Minnesota; Kindly shared by Science Daily.

Scientists have developed a first-of-its-kind, 3-D printed guide that helps regrow both the sensory and motor functions of complex nerves after injury. The groundbreaking research has the potential to help more than 200,000 people annually who experience nerve injuries or disease.

In the study, a 3-D printed nerve regeneration pathway implanted in a rat helped to improve walking in 10 to 12 weeks after implantation…

What High Heels Are Doing to Your Feet

High heels have been a part of contemporary fashion for over a century. From corns and calluses, to strain on the achilles tendon and even stress fractures – Are heels really worth it?

Deep Muscles of the Neck (& Spine)

This article is shared from the FB page of: Anatomy In Motion. It explains the muscles of the deep neck & spine.

The Vagus Nerve: The Unexpected Key to Better Performance by DeLora Frederickson

Theme by Anders Norén — Up ↑